Enabled Silver and Gold thread prefixes on the forums, removed the old ones except for in Discipline Appeals.
Also renamed the report centers and trade subforums to the correct names.

added (another) workaround in spear pillar. People with broken quest can simply walk out into Mt. Coronet and then walk back into sear pillar to reinitiate the quest line 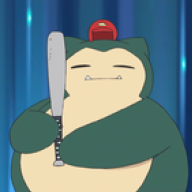 
Added water spawns in Route 205.
Removed MS exclusiveness of Buneary in Eterna Forest.
Cubchoo levels were decreased in Route 216 to meet with Mt. Coronet Summit.
Berry Forest pokemon levels were balanced. Added Petilil there.
Riolu added in Route 203 as MS spawn. Pal Park now have spawns.
Swablu is now a bit easier in Hoenn.
Added more spawns in Jagged Pass.
All maps of Sinnoh Safari zone were edited in order to have less rare spawns and more emphasis on the best spawns.
Yamask was added in Lost Cave lowest floor.
Heracross repel sync is easier in Pattern Bush.
Route 228 has a new spawn.
Few Repel Syncs were added.
Qwilfish is now huntable in Route 220.
Inkay has a new spawn in one of the Moon Maps.
The 3 elemental monkeys have been added to 3 different Johto Safari Zones.
Added Tympole on Nap Forest lake. Added Skrelp in one of the Meteor Falls maps.
Fossil spawns in Mirage Island Cave has been switched.
This will start a routine of changing the pokemons there.
Those will be changed once in a while and has no specific cooldown.


Added Rotom NPC spawn that will appear once in a while, this is to give access to the pokemon before the upcoming quest. The NPC is somewhere in Sinnoh and it is not visible but it is working. It has a cooldown for the meanwhile the quest hasn't been done. IT IS SYNCABLE. Good luck finding it.

The battle tower (Fight Area) is now accessible. Get ready for the toughest battles and collect PvE coins to get some unique prizes!

A few minor tweaks have been made to Battle Tower. The Kyogre Mount random drop have been removed and it has been added to the PvE coin shop instead.
Expect from now some constant minor changes to the battle tower trainers.

Bug catching contest prizes now drop PvE coins depending on what place u finish. (being outside the top 3 will yield no coins whatsoever)

the start of my boss rewards revamp has occured, currently most of kantos bosses are able to have their rewards sync'd