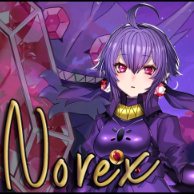 I am +1ing this. I used to do excavations daily, but since I have obtained a decent or epic version of every pokemon in there, its become quite boring with the exact same pokemon all the time.