Hey Everybody! We're pleased to announce a new event for Easter!
We have decided to kindle the creative juices on our players during this event.
Don't forget to have fun and enjoy during this event!

- This event will require the players to make a new pokemon and give the pokemon their own name and personalities.
- It could be the evolved form of an existing pokemon or a whole new pokemon!
- The Pokémon which are most unique and creative will win the contest.
- Pictures or drawings are not mandatory but it helps in explaining the pokemon better. It DOES NOT give extra points.
- Registration ends on 4th of May.

- The Pokemon must be one-of-a-kind and your own innovative idea.
- Do not post off-topic comments, they will be deleted.
- You can enter in 1 account per person.

Submissions that do not comply to the rules will be disqualified.

2. How can i know if I am the winner?
Ans: The winner will be announced in the Discord Server and PM'ed in as well as the forums.

3. Can my pokemon be related with existing pokemon?
Ans: Yes, they can be but more the difference, the better as it increases the creativity of the pokemon.

4. Are there separate winners for each server?
Ans: No, winners will be selected from both the servers.
Click to expand...

- Pokemon description: This rotom evolution is based around the Martian Fighting Machines, Being able to give out Heavy special attacks But having decent defences.

- IGN: Chris0001
- Discord name: Chris.#7430
- Pokemon name: Chikan
- Pokemon Typing: Flying / Dragon
- Pokemon description: A semi-legendary (600 base stats) chicken-like dragon pokemon with demonic appearance. A Base Stat spread of 100 HP/80 Def/80 SpD/120 Att/132 Spe/88 SpAtt makes Chickan a fast and fearsome offensive pokemon with decent bulk. It has access to his signature ability "Demonic Rage", which converts Flying-type moves against Fairies into supereffective hits. However, the user will lose 1/4 hp of the damage dealt via Demonic Rage as crash damage.
Chikan has access to "Chicken Run", a signature flying move with 100% Accuracy and 110 Basepower, locking itself into the move for 2 rounds.

IGN: Locotaco
Discord Name: Loco Taco#3819
Pokemon Name: Mega Greninja
Pokemon Typing: Water/Dark
Pokemon Description:
Ability: (New) Smoke Veil
The pokemon is cloaked in a veil of smoke. It cannot be hit by an attack unless it is super-effective to the pokemon. While under the effects, the pokemon can only raise half of its stat if a corresponding move was used ( Swords Dance raises attack by 1 stage, Defense Curl raises defense by half a stage ). If the pokemon attacks, the effect of the ability disappears.
Dex Entry: With its incredible capability of using its cloak (black) this pokemon's stealth abilities are incomparable, this pokemon lurks in shadows, ready to strike with its weapon at hand ( A huge shurikken).
Appearance: It retains its scarf like impression of its tongue. Obtains a pitch black cloak that leaves a trail of smoke. The shurikken has a metallic core and water as its blades. Its eyes are deep black but shines gold during night (similar to those of predatory cats that increases vision at dark). An arsenal of small blades are located at its legs. Light pads (Blood Red) are tied on its knees and elbows.

IGN: ChrisXnenz
Discord: Chrisxnenz
Pokemon Name: Procellia
Pokemon Type: Grass/Fairy
Description:
Known asGuardian of grass. Procellia uses Special attack. When ever any grass type pokemon is in trouble Procellia is always there to help. Procellia can be very aggressive when she feels threatened. It is said that this pokemon is the one that look after Xerneas when it slept in a form of tree. When Xerneas woke up, in return taught Procellia one of his move called Geomancy which made Procellia even stronger.
Abilities:
Chlorophyll:- Boosts the pokemon's speed stat in sunshine.
Hidden Ability: DNA synthesis:-Gives 3/10 hp to party pokemon who is low in hp and it also heals the status condition of the party pokemon.
Base Stats:
HP- 90
Attack-45
Defence-80
Sp. Attack-120
Sp. Defence-115
Speed-80

- IGN: CroakMain
- Discord name: BlueFace #2349
- Pokemon name: Malpert
- Pokemon Typing: Ground/flying
- Pokemon description: Taken by the wind, it flies in an odd horizontal manner.It carries sand in its tassels, which it throws in the face of its attacker.
Combination of Mantine and Aladdin's magic carpet
S

- IGN: Noobiee
- Discord name: Noobiee
- Pokemon name: Karabrave
- Pokemon Typing: Normal/ Dark
- Pokemon description:
● Karabrave is a dual Normal/Dark type pokemon buffalo like pokemon. This dark colored pokemon has a body that resembles that of a carabao and has big horns that they use when they fight with other karabraves. Karabraves tends to be weak and likes to loaf around in the morning but in the night, they become violent, taking on anything they see on their path, but gets back to normal when morning comes. They are usually found in the plains where they live. 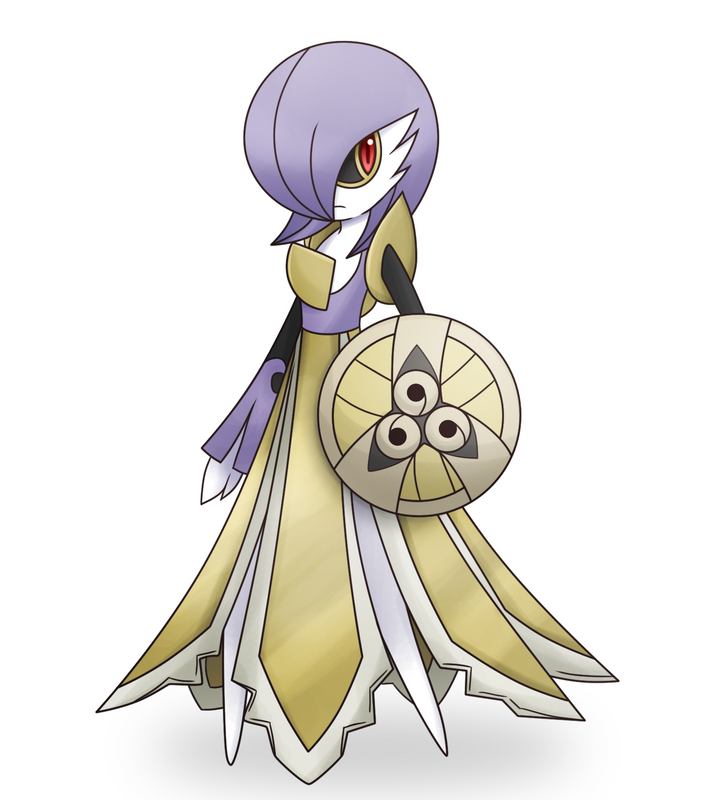